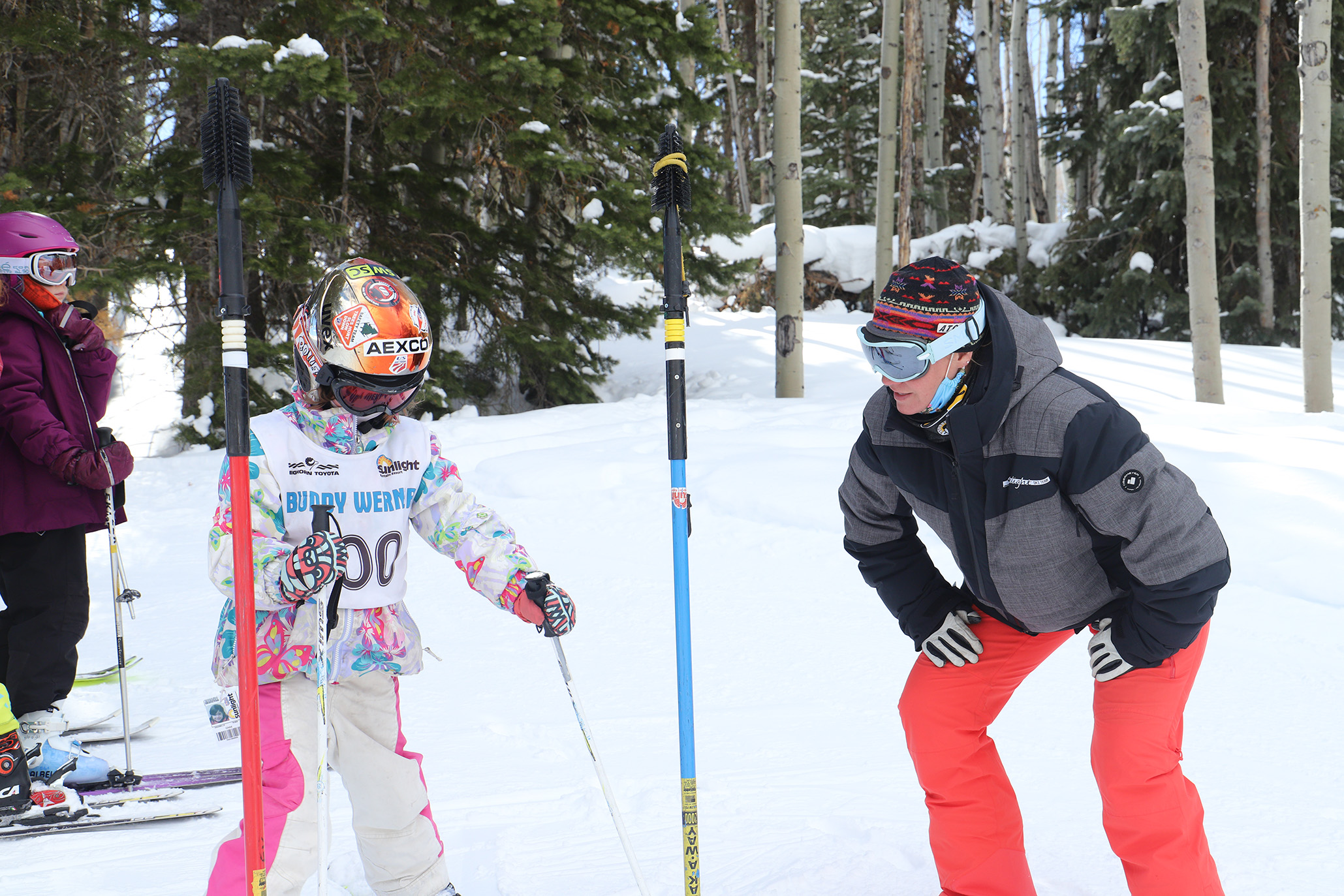 Coaching at all levels of ski racing

All volunteers and coaches are registered with US Ski and Snowboard, undergo background screening,
and are trained in the USOC SafeSport program.

Leigh raced up to the NorAm level and has coached all levels of ski racing, from Youth Ski League up to World Championship-level athletes. Competing in the Waterski World Cup he gained valuable knowledge in training/recovery and mental aspects of the sport.
Leigh is Level 1 certified with US Ski and Snowboard;  holds  CPR/first aid;  SafeSport;
Race Referee qualifications, and was the Chief of Course for the 1996 Breckenridge World Cup.

Caroline was born and raised in Leadville, CO and has been skiing since she was 6-years-old. She raced in the Buddy Werner Program at Ski Cooper in Leadville and then moved onto racing in 7th-12th grade for the Lake County Ski Team. Then in college she raced on the Fort Lewis Ski Team. After she graduated from Fort Lewis, in 2001 she moved to the Roaring Fork Valley because she got a teaching position at Basalt Elementary teaching 1st and 2nd graders. In 2008, Caroline got her Masters Degree in Literacy and moved to Glenwood Elementary School where she is a Literacy Specialist/Interventionist. Caroline has been teaching in the valley for 21 years and love her job. “I have always had a passion for teaching, skiing and racing so it made sense to join the Sunlight coaching team when my daughters were old enough to join Buddy Werner. It is amazing to coach the next generation of racers!”

Karsyn has been skiing since she moved to the Roaring Fork Valley when she was seven years old. She skied with AVSC for three years where she competed in Moguls, Aerials, and Big Air. Karsyn competed in the 2013 junior nationals in both Aerials and Big Air before retiring from competitive skiing to ski for fun. Her hobbies now include most anything to do with the outdoors whether that be hiking, skiing, fly-fishing, or backpacking, she loves to play in the mountains!

Jason has a passion for endurance sports and moving fast and light in the mountains. He has been involved with the Sunlight Ski Team since 2010 in a number of capacities: coach, board member and past board president. In 2020 Jason worked with Sunlight Ski Team to establish the Sunlight Mountaineering Team. Jason has been competing in Ski Mountaineering races for a decade and is excited to share his knowledge of the sport with young athletes.